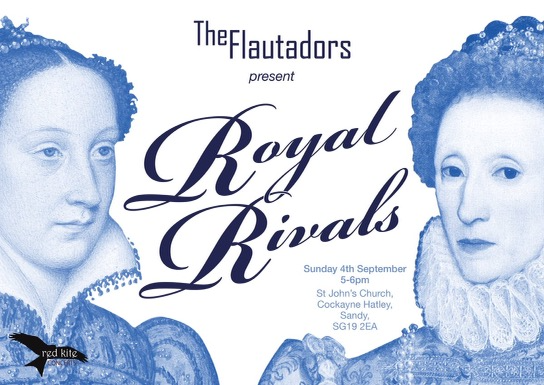 The Flautadors recorder quartet explore connections between Elizabeth I and Mary, Queen of Scots. Featuring some of the finest 16th century consort music by Byrd, Holborne & Dowland. Buy tickets here.

Dr Valerie Flook commissioned a new work for The Flautadors from Cheryl Frances-Hoad, which was performed for the first time in 2021.

To celebrate their 20th anniversary, the quartet made a recording of contemporary and folk works. Check it out here:

"Bavardage is a recorder album in a class of its own, well thought-through and brilliantly played." WDR

A review from Arcana.fm of bavardage, their 20th anniversary album:

"The Flautadors has long excelled right across the board when it comes to the recorder repertoire and such diversity is in evidence throughout this disc – which is recorded with an ideal blend of space and clarity, and informatively annotated by members of the ensemble."